History of the Parish 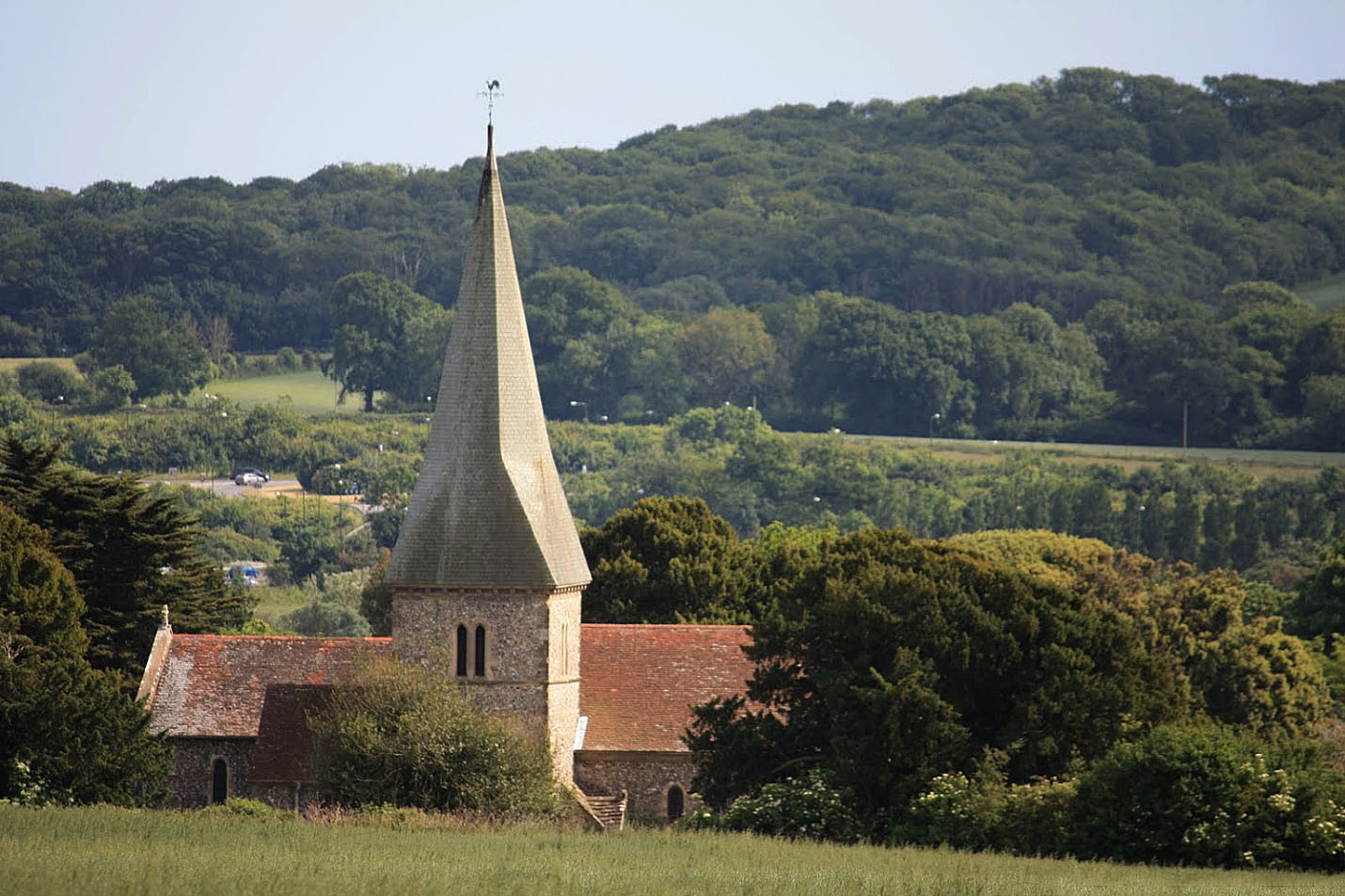 The parish has a long history, evident in prehistoric flint workings on the chalkthought to date from around 2500 to 1000 BC. The village of Patching dates from the early Saxon period and is mentioned in the Domesday Survey of 1086 - 1087. In reality, it is little more than a hamlet, which it would be but for its church. The Grade 1 listed Parish Church of St John the Divine is of 13th century origin and was refurbished in 1888, giving it its present appearance.

Patching village consists of a single street in the southern part of the parish, with another road, originally called Deadman’s Lane, but now Coldharbour Lane, leading east from it to the nearby village of Clapham. To the south, The Street becomes France Lane. At its northern end, The Street branches in two, the left fork leading to the church, the right to Patching Hill and, before its demolition, to Michelgrove House, and then on to Storrington via field and woodland tracks.

The buildings of the village include several 17th century timber framed houses, some now cased in brick. In the angle between The Street and Coldharbour Lane was Dulaney House, a Gothic villa built circa 1830, which was destroyed by fire in 1945. The former stables are now two homes. Further south is France hamlet, which includes an 18th-century farm-house cased in brick, some late-19th century cottages, and a converted barn. The modern name may be an allusion to its separateness from the village, or to the Napoleonic prisoner of war camp once situated in the vicinity.

In the 19th and earlier 20th centuries a number of houses were built along the Chichester to Brighton road, which became the A27. It is now Arundel Road, Patching, following bypassing in 1995. In the 20th century a small number of new houses were built in the village itself, including a number of tied cottages for the Norfolk Estate. Worthing Rural District Council also built a number of council houses in the 1920s and 1930s at Hillside on the A280 Long Furlong, at its junction with Coldharbour Lane. More recent development has been very limited as a result of strict planning policies.

The social history of the parishes of Clapham and Patching in the 20th century is detailed in an illustrated book called “Bricks and Water”, published to celebrate the Millennium in 2000.

The next meeting is scheduled for Thursday 13 August 2020 at 19.30. It is not yet known if it will be held by videoconference. Further details will be published in due course.

If you have any points or questions that you would like to raise with the Council, please email them in advance to the Clerk: patchingpc@gmail.com

email the Clerk to receive the password and code to join the meeting, as well as some helpful hints and tips at patchingpc@gmail.com

Please be aware that this meeting will be recorded